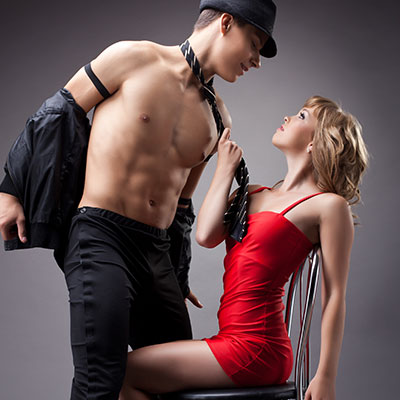 If you go along with this way of thinking, you’d see that this applies to the majority of jobs. But stripping is a bit different. Why? Well, firstly, it operates on the fringe of certain social norms, plus men and women who are doing it are regarded in different ways. Let’s see how this field is different for our Chicago strippers.

The pay gap here is a real thing. Only it is in the other direction. In fact, male strippers get paid about $25 less per hour, on average. However, some point out that female strippers often have to consider hiring security, which is where the $25 bonus goes.

Yet, they are not really required and if the woman is comfortable on her own, she can often make more than a male stripper. However, it is also not very fair to judge it like that, because the demand for female strippers is much higher as well. Which leads us to our second point.

In general women are more likely to become strippers, as they is a much higher demand for them. Roughly 90% of all exotic dancers are female. That means that only 10% of the rest are male. With such a number you’d think that male strippers are a rare thing, which should make their services better paid. However, that is not usually the case.

In fact, the demand differences are also portrayed in the amount of money the stripper can take from tips. It is unusual for a male stripper to make more than $50 in tips, while female strippers may often exceed $100, some reaching as much as $1,000 for a longer show.

The price difference mentioned above also points us to another interesting thing – male strippers need to perform more and take part in a lot of shows to make the same amount of money as female strippers. Which is why you usually see females focusing much more on quality than quantity. They just have the time to excel in the art of teasing.

The Type of Work

Female strippers focus much more on seduction, hinting, lighting the desire in their audience. Male strippers on the other hand are way more physical and upfront. They may dance with women in the audience, lift them on their shoulders, etc. While female strippers can also be a bit more aggressive, that is not usually the norm.

Another interesting thing is that in general men tend to be more inclined to show off, making them more satisfied from this line of work. Female strippers are also quite happy with their job, but most see it more as a part time gig.