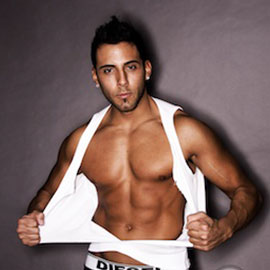 Some people think that there is not that much to stripping. That it is nothing more than amateur dancing and throwing some clothes around. This, however, is not an accurate depiction of this entertainment industry. Stripping can be a viable job and it actually takes more skill than you think.

Furthermore, this skill is hugely relevant to the kind of show that you want to watch. Say you have a group of friends and you all want some hot male action. What do you do then? The most common thought may be to visit a strip club with male dancers. However, this is not usually the greatest experience for all people. A step up would be the so-called male revue show, or alternatively – a complete private party strip show.

While both forms of entertainment involve male strippers, they can be very different from one another. Today we are going to look at which of these choices is the best for you and your friends, as well as whether or not you should even consider the alternative. Let’s go!

The Pros and Cons of a Male Revue Show

One of the great things about going to such an event is the fact that you do not have to organize everything. You only have to check when the show is going to start and get all your girlfriends there. Rather straightforward, right?

Another great thing about it is that you can take even more conservative friends, which are not that open to such experiences. That is because these shows are rather tame for the most part and they only involve watching the strippers. No one will be getting private action there, so you male revue shows are a great way to introduce your friends to that sort of entertainment.

The problem here comes that, well, they are really hands-off. Watching is as far as you can get. Not to mention that you will also have to put up with dozens of other women, who may or may not scream like teenage girls (but let’s be honest, they probably will).

Lastly, these shows can be a form of art. If you find a reputable place that organizes them specifically and has a well-put program, you will definitely enjoy yourself. Sadly though, most places advertise male revue shows, but actually present you with a disjointed program of random dancers with no real theme or coordination between them.

Let The Private Party Strippers In

If you want a completely tailored experience that is absolutely designed to be fun, you have an option as well – private party male strippers. Hiring them can be a bit costlier, but not by much. And actually, if you split the cost between the group of people, it may even come out cheaper. Keep in mind that is just for the entertainment part. Going to male revue show can have dozens of additional costs (transportation, parking, overpriced drinks, etc.)

However, where private strippers shine is in their entertainment. They will engage everyone at the party (except people who really don’t want to join in on the fun) and they will do it masterfully. These strippers put up a show that is literally just for you and your friends. And it can be whatever you want! Want a policeman? You can have him. Also a firefighter, a cowboy or a marine. The choice is yours, ladies!