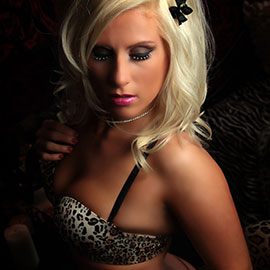 When you look around it is easy to think that many things are obvious creations of the modern society. We have computers, smartphones and even smart homes nowadays. Jobs that did not exist a decade ago are now booming. But is that really the case with stripping?

Sure, sure, we all know stripping has been around for some solid decades now, but how long has it actually been? And is it a modern invention? You may think that people back in the day were way too conservative to enjoy stripping, but perhaps that is not the case.

Today we are going to delve a little bit deeper into the history of stripping and check out whether or not it is a legitimately old profession. Keep in mind that as old as it is, you can always get hot Chicago strippers from us.

How About Thousands of Years?

If we told you that stripping is something that has been around for more than a couple millennia what would you say? Perhaps you won’t buy it that easily. Well, here we go!

Archaeologists have found stripper statuettes in the regions of current day Bulgaria and Romania that are more than 9000 years old! Now how about that? Sure, such things do not necessarily mean that strippers where “a thing”, but come on – it is definitely something.

The ancient Greeks for example had plenty of temple dancers who were stripping for “fertility”. This was not the most popular career path, sure, but it was still an important part of society. Back then such things were a normality, rather than a taboo.

What Were These Strippers Doing?

Just saying that there were some exotic dancers several thousand years ago means nothing. What were they doing? Are we talking about some cultural dances or does this pass as stripping at all? We will let you be the judge of that!

These dancers would indeed take off their clothes. They would start out fully dressed in different animal furs. During the dance they would be undressing slowly, but perhaps a bit less emphatically than strippers today. Nonetheless, the whole idea was to spark sexual arousal in males.

Later on these dancers even became priestesses with a lot of them offering additional services… if you know what I mean. In the Greco-Roman pantheon beautiful women would often be picked out for such services and for a lot of them it was a great honor.

So does this cover the question? Stripping seems like a thing that society has figured out a long time ago. You can see that there is nothing weird about it – neither enjoying it, nor working in the field.