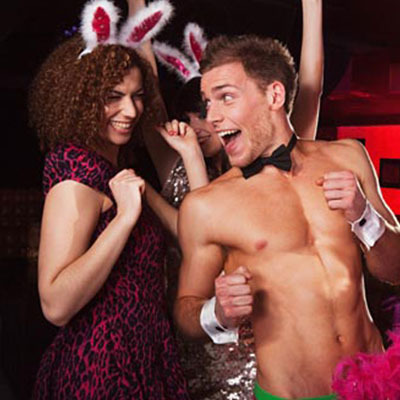 Stripping can be quite the lucrative job for many. Students go into it, because it helps them pay off (or stay away) from student debts. Other sexy people can also give it a go as a secondary hustle. Some people can even use it as their solitary career for quite some time.

However, most Chicago strippers don’t see that job as a long-term career. A lot of them only stay in it for a few years and then move on. There aren’t many cases with older strippers. The demand there isn’t high either, so people are pushed out of the job anyway.

But what do strippers do after dropping out of the field? Can they go and work “regular” job? Or are they stigmatized in a way? Do people actually care whether or not you have been a stripper? Well, it depends. If you want to pursue a career in dancing or some sort of similar entertainment, having the stripping experience may be quite beneficial. But, no, usually there are no negative sides to working as a stripper. Here is what some of our workers have managed to become!

The Careers of Female Strippers

Believe it or not, a lot of female stripper go on and become teachers, doctors, nurses and similar professions that require a lot of studying and hard work. Our dancers may be beautiful, but they are also smart and they know that. So they make use of their brains so that past their mid-to-late twenties they can hop onto another career path.

The only real issue they face is that they have to give up on the initial money situation. It is just the fact – stripping is fairly lucrative. And while being a doctor pays well, it requires you to work A LOT more, which often leaves people feeling like they are not getting enough. This applies doubly so to teachers. Not to mention that dancing on the pole gives you a thrill that other professions simply don’t. So our strippers have to get used to these things.

The Jobs of Male Strippers

Interestingly enough, the transition is a bit easier for male strippers. Since most of them are naturally outgoing and entertaining, they don’t find it hard to start careers as real estate agents, salespeople, even accountants.

However, they face some problems as well. Due to the fluid nature of the stripping job (really, it’s not like working 9 to 5), a lot of strippers may lack some organizational habits that are handy in the corporate environment. But these things can be learned in due time and usually don’t deter many people. Yet, working under a manager and within teams is not something that a lot of strippers are used to.

As you see, stripping doesn’t stop you from pursuing other career opportunities. That being said, if you get used to it too much, you may find it a bit difficult adjusting to the regular 9-to-5 office environment. Then again, no one says you have to work in an office either.